We sailed out of Horn Island with our big blue and white code zero (now affectionately known as Bertha) aloft, brimming with nervous excitement. We were expecting the passage to take about 4-5 days and the weather forecast was for decent SE trade winds, which we planned to ride all the way to Indonesia.

We settled into our passage routine. By day we always had someone on the helm keeping an eye on things while the others slept, fished or otherwise kept amused. By night we had two people on watch, ready to deal with anything unexpected. Those on watch had to be extremely vigilant looking out for the numerous Indonesian fishing boats, long-lines and nets that are scattered throughout the Arafura Sea. We crossed over one long-line without warning … we only saw it as it was disappearing into our wake. At night the flotillas of squid boats glowed bright on the horizon like little cities, while most of the nets and/or fishing lines had strobe lights to provide some early warning. Even so, it turned out we were extremely lucky with our solitary near-miss, as several rally boats got hung up on nets, with some sustaining serious damage.

We continued cruising along, occasionally being visited by dolphins on the bow, picking up feathered stowaways, spotting the odd seasnake or turtle, and startling thousands of flying fish. Aido even saw some flying fish being chased by a dolphin-fish (AKA mahi-mahi or dorado). The rest of us were a bit sceptical about it, until I read that Moitessier (in The Long Way) observed the same thing: “The flying fish returned with the wind. So did the dorados, to chase the little gliders as they burst from the water…”.

But despite the sighting of the dolphin-fish, we didn’t hook any on our trolling lines. In fact, our fishing efforts were a bit amatuer. We landed a (too small to keep) mackerel on day one, and then after several lost lures, we landed a decent yellow-fin tuna, but it was the only fish to wind up on the BBQ/in the freezer. We managed to bring a big mackerel or wahoo onto the boat, before he flicked the lure and slid back down the back steps to live another day. We lost several more lures to some seriously big fish, prompting Aido to construct his “great northern octopus”, and although he had a strike almost straight away on the GNO, we didn’t manage to catch anything on it.

After five night watches, we started to fatigue a bit, although the night sailing was really nice at times, especially when the phosphoresence made the whole boat glow, or the clouds parted to reveal a million and one stars. More Moitessier: “The wake stretches on and on … luminous by night, like long tresses of dreams and stars”.

With 100 NM to go, we realised we weren’t going to make Debut in the daylight, so we tried to put on the brakes. No joy. A rolling line of squalls made sure that even with a tiny handkerchief-sized piece of headsail out, we were still doing 6 knots! As we approached land in the early hours of the morning, we rolled about in the awful swell. As daylight started, we motored into our first Indonesian anchorage: Debut!

Debut is a small harbour village in the Kei Islands, Maluku region. Our first impressions were the fringing reef (that we drove over, but luckily didn’t touch) and the big churches and shiny silver mosque domes around the skyline. We hoisted the Indonesian courtesy flag and the yellow “Q” flag, then settled in to wait for our quarantine and customs clearances. With more and more boats entering the harbour, it was going to take a while. Before long, the anchorage was swarming with kids in canoes and home-made rafts. A canoe full of girls capsized just near Angel Wing, so we tried to help sort them out, which ultimately resulted in our boat being invaded by a bunch of kids and all of us crew going for a swim! 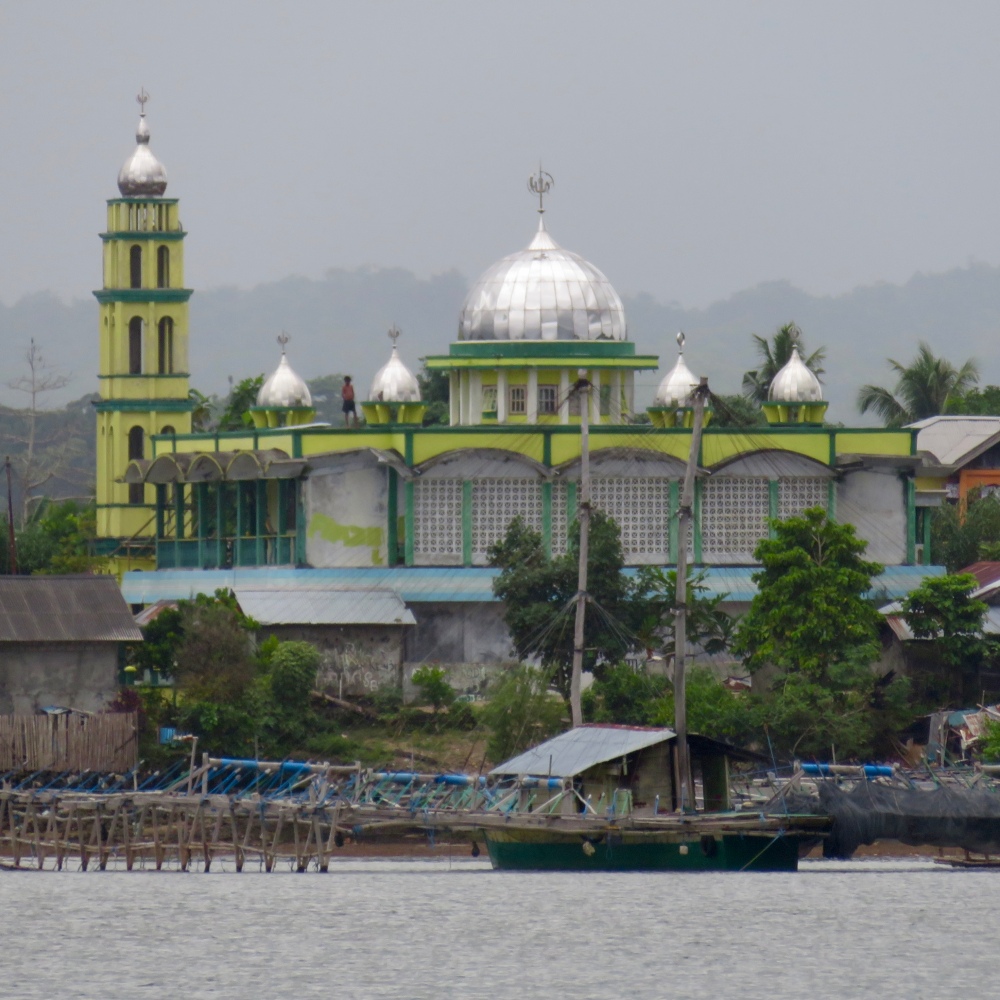 Actually, everywhere we went around Pulau Kei Kecil, we wound up with a little gangs of kids in tow. The highlights were swimming in Goa Hawang (a freshwater cave) and eating the first rendang for the trip in Tual. And the rally put on a great welcome ceremony, and gala dinner on an idyllic beach, Pasir Panjang at Ngurbloat. In all, we spent nearly a week in Debut finalising all of the Indonesian bureaucracy requirements and exploring. Shout outs to all our new Kei Island friends: Johan, Joseph (thanks for helping Aido find a safari suit!), Kenny, Johanis, Rihanna, Mr Peter and Mr Torres!

Then it was time for Aido and Jess to head home (via four planes) and for Andy and I to set sail again. Stay tuned for more Indonesian adventures… 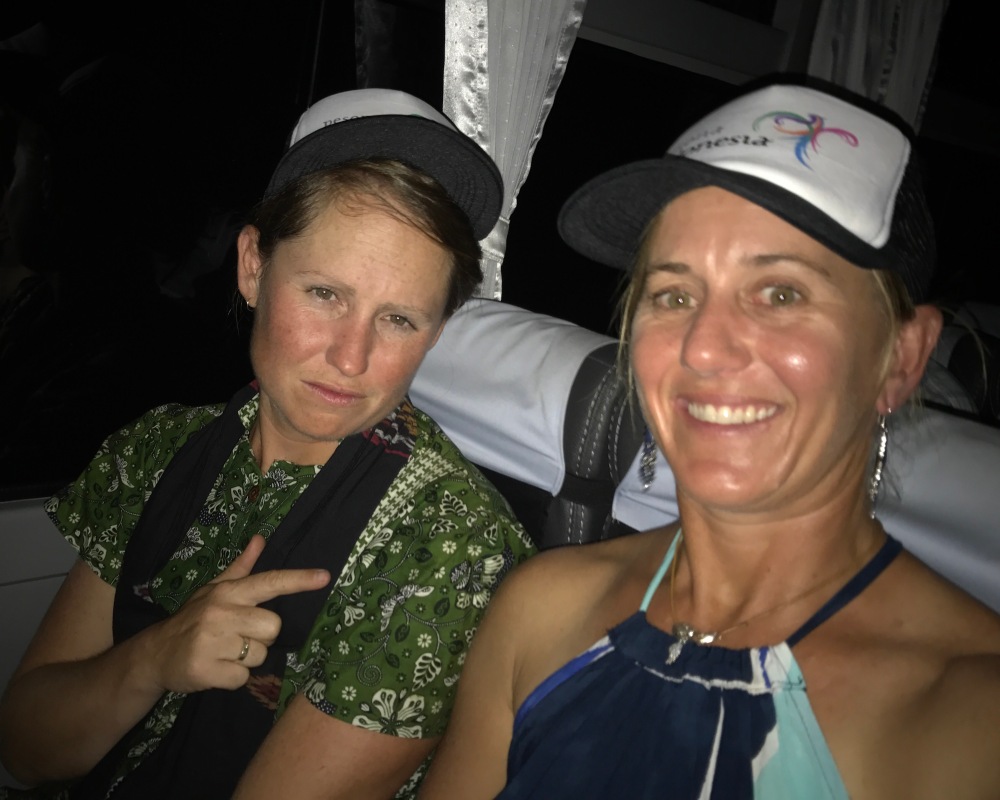 *Edit: The YouTube clip of our passage is live! Check it out: