We have spent the past 18 days transiting across the north coast of Flores, and without much wind, we’ve had to motor most of the time.

In addition to the on-shore adventures we’ve been having like the village visits in Pulau Besar and the trip to Kelimutu volcano, one of the biggest highlights of Flores has been the underwater magic. Indonesia is smack bang in the middle of the coral triangle and it has the largest fish and coral biodiversity in the world, so it’s a diver’s paradise. We’ve snorkelled and dived in almost every anchorage along Flores, and it’s been amazing, but we’ve also witnessed a lot of rubbish and damage, so without proper conservation, the fringing reef is at serious risk of destruction.

Our first anchorage out of Maumere was Batu Boga (West), and after reading that extensive reef bombing had damaged much of the reef, we weren’t planning to dive. But after the snorkelling exceeded expectations, we decided to have a look and ended up having a fabulous dive along a reef wall. We spotted plenty of cool critters including a sneaky little leaf scorpionfish…

From there we headed to Rutong Island, in the “17 Islands National Park” (the poor cousin of Komodo National Park, but still a really beautiful spot). It appears that local fishermen are cyanide fishing in the area – during my recce snorkel I saw lots of dead fish in the water, and on the beach lots of dead sea-urchins and starfish had washed ashore – but we found some nice patches of reef to dive and snorkel on and spotted lots of little critters and plenty of nemos.

Nest stop was Lingeh Bay…AKA “Beggar Bay” due to the influx of locals caoeing out to hassle us for giveaways. We didn’t stay long, but I had an awesome snorkel along the reef that fringes the bay. Then we motored to Gili Bodo (AKA Sabibbi Island) which was literally paradise found. White sand beach (complete with monkeys scampering along the sand) and clear, clear water. We went for a dive with the crew from S/V Irie, and later that night Debi and I with S/V Nauti Nauti did a night snorkel! We saw hundreds of crustaceans – little pairs of orange eyes illuminated by our torches – but the coolest critters of the night were the giant cuttlefish, and the three “pleurobranchs” that were scooting along the sandy bottom like little maroon UFOs! 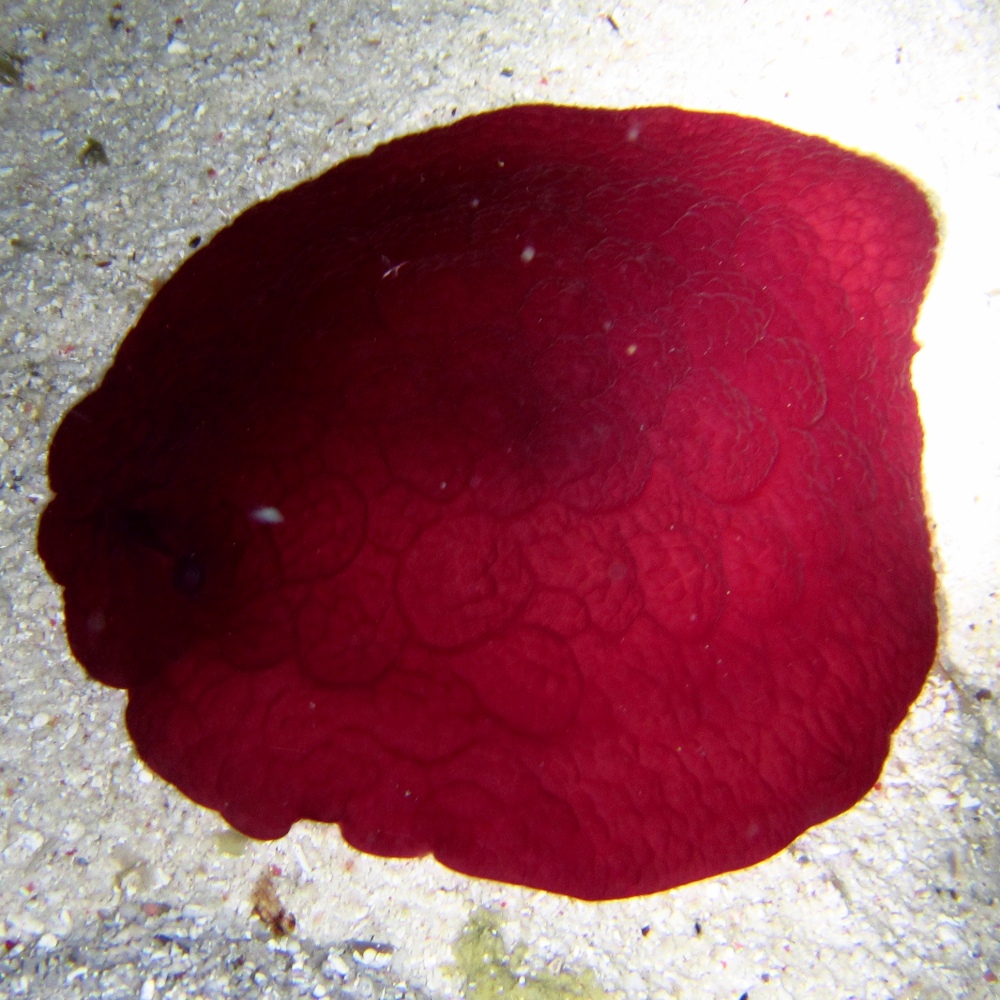 And then it was on to Labuan Bajo, the jumping off point for the star attraction: Komodo National Park. We did a dive day trip with Uber Scuba which was utterly fantastic. I don’t have enough superlatives to describe it. The Uber Scuba team were extremely professional and the diving was brilliant. Five-star. If you are heading to Komodo to dive, go with Uber Scuba.We did three drift dives along Komodo’s famous currents, and even saw mantas (but more about that in the next post). Sadly my underwater camera housing flooded so I didn’t get too many decent photos. 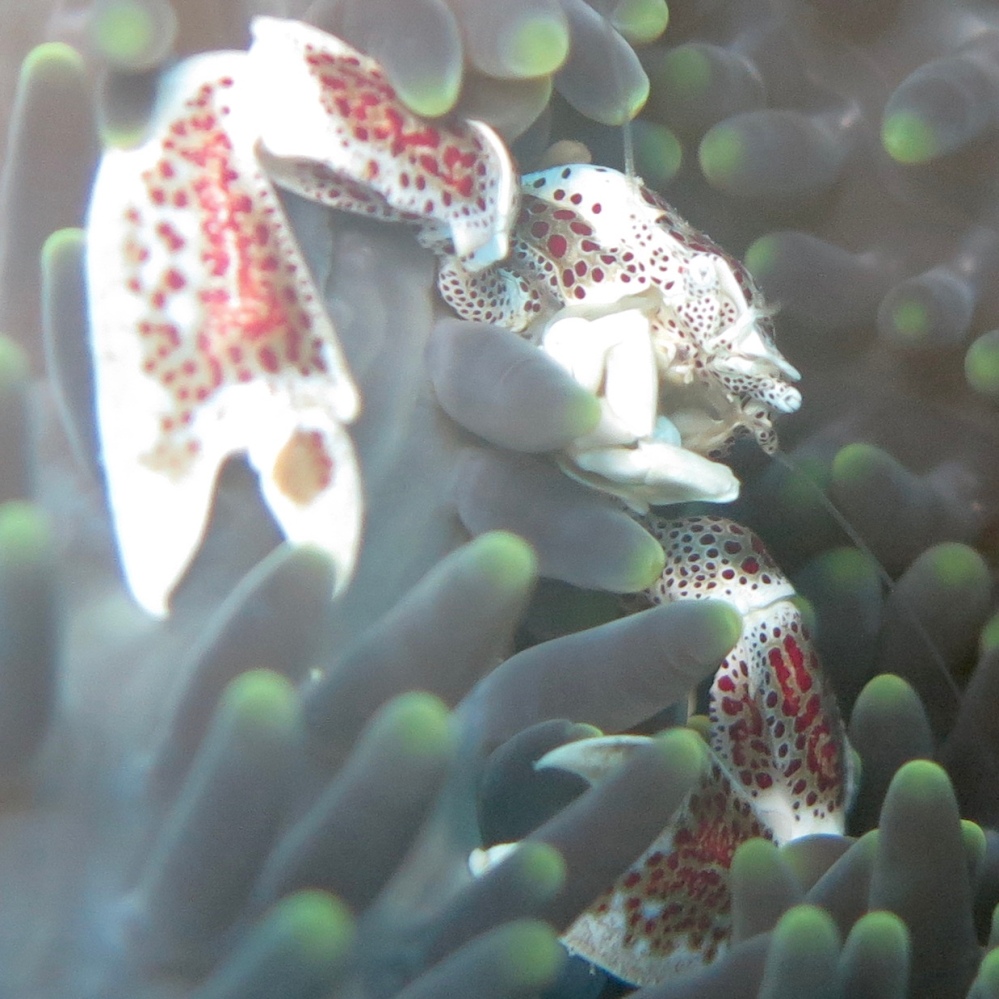 We then took our own boat into the Komodo National Park and did a “maximum velocity drift snorkel” along Shotgun Reef in the pass between Komodo Island and Gili Lawa Darat, hanging onto our dinghy as the current swept us along! 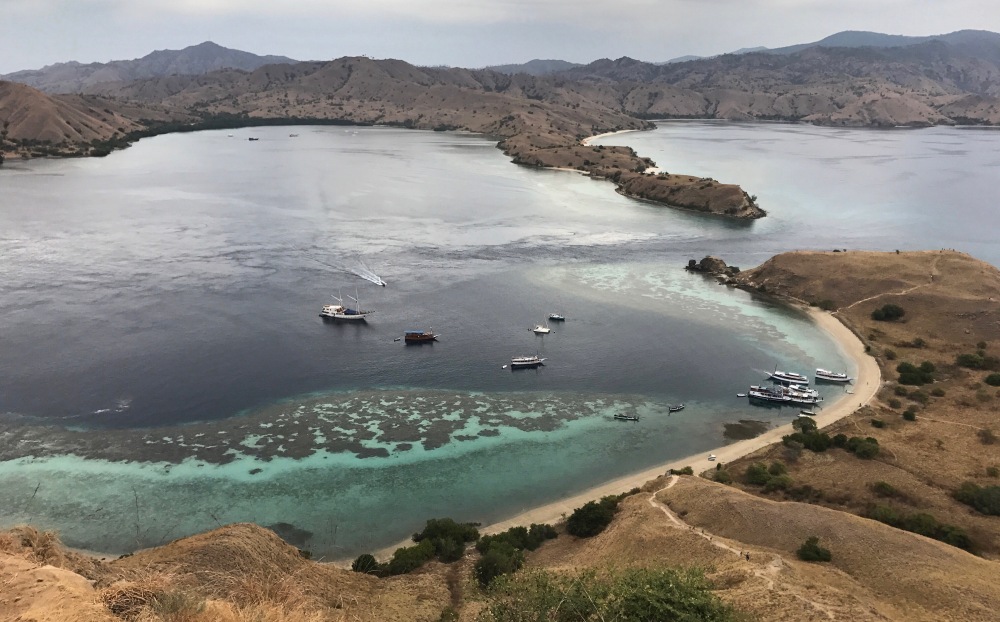 But the need to extend our visa in Lombok is reluctantly dragging us westward. Thanks for the underwater memories Flores and Komodo! 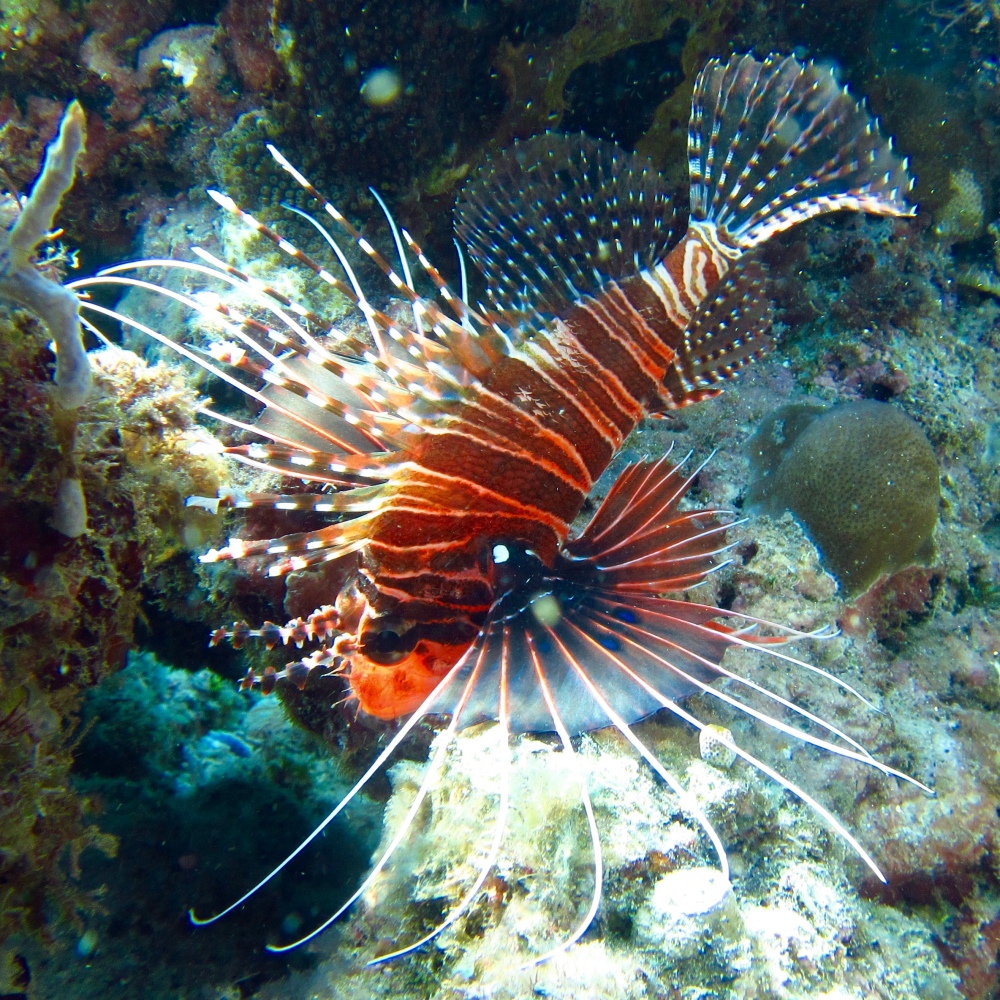 Shout outs to Puri Sari Resort for once again looking after us cruisers so well, especially the use of the pool, and to Uber Scuba for fantastic dive trip.